A Popsicle is an indulgence. It’s also a startup success story, if you can believe it. Dream Pops are plant-based, non-dairy, gluten and soy free. And they apparently taste as good as ice cream and look good on Instagram.

They’re not cheap, at least in bulk. A tray of 10, shipped frozen to your doorstep in a couple of days, will set you back $45. But if you can find one at a Starbucks, and you’re in Los Angeles or Portland, Oregon, the price is a little more palpable at $3.95 each.

These don’t look like regular Popsicles (a trademark for flavored ice frozen around a stick). Dream Pops are a proprietary shape that comes from a 3-D printed mold. Besides lacking dairy, gluten and soy, they’re also said to be free of artificial flavors, dyes, gum and corn syrup. What’s left? Each pop is less than 100 calories, sweetened with coconut blossom sugar and blended with lush ingredients. And the flavors — with names like Chocolate Lion, Berry Dreams, Mango Rosemary, Coconut Latte and Vanilla Matcha — are a little more advanced than what you might find in the frozen food section of your local supermarket. 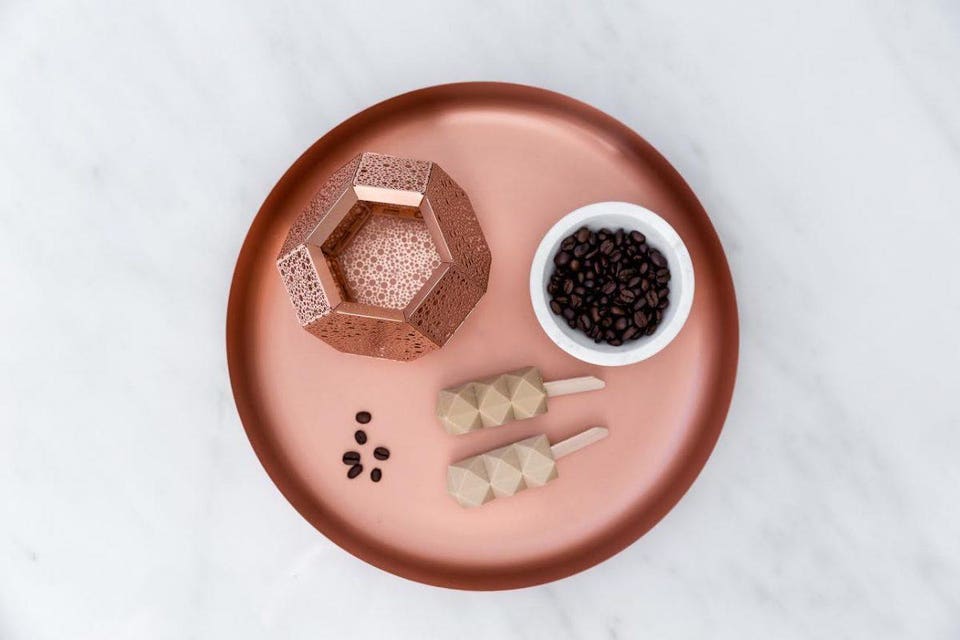 Why did they choose to go with Popsicles, of all things?

Greenfeld says he was intrigued by paletas stands during a trip to Cartagena, Colombia, and also trying to curb an appetite for late night pints of ice cream “with terrible ingredients.”

“We mainly took inspiration from the pressed juice market and wondered why the same model couldn’t be applied to frozen novelties and plant-based ice cream,” Greenfeld said in an email. “I called my close friend and cofounder David Cohen who had experience in the food space working for a company called Yeastie Boys Bagels (as I had no knowledge nor experience operating food companies) and we began iterating and toying around with the idea of healthy popsicles.”

As noted by Entrepreneur, Dream Pops projects it will generate $500,000 in revenue by year’s end, and they’d done it largely without selling to consumers. They’ve gone business-to-business instead, partnering with big brands like Beats by Dre (for a Coachella party) and earning up to $50,000 per event. It makes sense: Try the treat of the elite!

The company compares the taste of these ‘sicles to ice cream.

“We have heard people say Dream Pops taste as good as they are pretty,” Greenfeld says. “They are creamy and rich-tasting, much like traditional dairy ice cream, but they are 100% plant-based.  Thanks to the creamy tapioca and rich coconut milk, and our other real ingredients they’re vegan-approved but not just for vegans.”

What do you think about these? Delicious on their own and maybe perfect as gifts?

Greenfeld says online orders have been pouring in since Dream Pops went nationwide on July 15, National Ice Cream Day. “We are on track to double our sales in 2018 and e-commerce is experiencing strong month-over-month growth,” he said.

In case you’re worried about the carbon footprint of a $45 tray, the company uses a green packaging company for cold shipping called vericool.

These have gone nationwide at a good time, as Instragram-y items are in demand. NBC recently reported on “Instagram playgrounds” popping in U.S. cities like New York, Los Angeles and Chicago. #dreampops


Link to this article : https://www.forbes.com/sites/jeffkart/2018/08/21/taste-this-startup-elite-dream-pops-now-available-nationwide/#6e9296db7e15

Where To Score Free Ice Cream On National Ice...